A Journey By Timothy Gates Available On Amazon Now 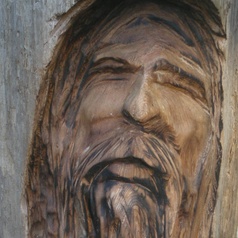 A Journey: An attempt (and sometimes struggle ) at being real in this world

The story of a person’s profoundly diverse and undeservedly blessed 60+ yrs of life on this planet. From growing up in the 60's and 70's, traveling as a young man in Europe and the Middle East (with a return trip to and 14 month stay in Israel,) military life, married and family life, work as a paramedic firefighter and as a nurse, wonderful opportunities to serve on medical teams to Kurdistan Iraq, West Darfur Sudan and Banda Aceh Indonesia and everything in between. It really has been a blast. (Oh' and there was that little trip to Vietnam with Carol and our three kids when I was trying to make the case for our family living and working in South East Asia.)

Through it all, good times and bad, smart decisions and some not so very clever, there has always been the undeniable realization that the Creator of the Universe, the Lord of heaven and earth, was right there with me and actually cared about the finest details of what was going on in my and my family’s lives. Through it all I have also come to believe that this same Chief Architect of the cosmos who cares about me and my family also truly cares about you and the finest most intimate details of your life. He loves you. It’s crazy but it’s true.

Although the roads we have traveled are quite different, I was very motivated to write A JOURNEY after reading Blue like Jazz by Donald Miller.

Hope you enjoy the trip.

Take A Look Inside

Chapter 12: Not the Author of Confusion

Chapter 14: Neither Jew nor Greek—or Colonel or Private

Chapter 15: Will You Marry Me? On Saturday?

Chapter 20: Carol Tried to Kill Me

Chapter 22: From Africa to Indonesia

Beginning in 1979 by assisting Cambodian refugees trying to escape the Khmer Rouge, Medical Teams International (Formerly Northwest Medical Teams) has been sending volunteers and providing life saving medical care to people in crisis across the globe. Also, since 1989, this highly respected relief organization has been providing free dental care through the largest volunteer-powered Mobile Dental Program in the U.S.

There are a number of humanitarian agencies who daily provide a worthy and good work, both locally and abroad. Unfortunately, we are not able to support them all. We are however able to, and will be contributing $1.00 from every copy of "A Journey" sold, to Medical Teams International. As a result, you the reader will also be contributing to this great organization.

I very much enjoyed reading my father’s memoir. It provided me with the opportunity to learn some new stories, some I had perhaps heard over the years; along with some details I could have gone my whole life without knowing. In the end, who wouldn’t want dirt on their father? After reading this book, one of the biggest things I can walk away with is his admirable commitment to both Jesus and his family. For this reason I can say I’m truly fortunate to have him as a father and he is easily one of my heroes! Love ya bud!

If you go to enough funerals/memorials, you come to appreciate the life stories that almost all of us have to tell. He did this?! She did that?! Many lives are surprisingly full of fascinating depth. And it is good that we tell our stories, as Tim does here. A "wild and crazy" life, centered and themed on the pursuit of a life in Christ. It is an ambitious undertaking to tell a story in book form, but well worth the effort. Nice work, Tim....with the book, and in life.

It was such a joy to read "A Journey" written by my dad. It helped paint a picture of all of the stories I had been told growing up. He is and will always be my hero. Thanks for writing this book about your life!!! :]

A very informative memoir on my father’s life. I very much enjoyed reading about some of the events I had heard about growing up as well as learning some new ones.

ORDER YOUR COPY OF 'A JOURNEY NOW

Tim enjoys life together with his lovely wife, Carol, and (memory of their) good doggie Ruca, just outside of the quaint Norwegian-esque town of Poulsbo in the beautiful Pacific Northwest.

As a young adult/teenager in the 70's, Tim faced coming of age head on, and on his own terms. Independence brought freedom and mischief, travel and adventure. Travel to Germany, Holland, The UK , Eire, France, Italy, Greece and Israel, with not much more than a tent, a pocket knife, a fish hook, a piece of string and a tooth-brush.

Love is not just people, it's places, it's home, it's where we are meant to be.

He had fun growing up, as we all should. Ultimately for Tim, his youthful experiences laid the foundation for where he stands today, with a Wife and Family he loves so so much. A firm believer in Gods plan for him. A career dedicated to helping others when their need is most dire.

One day I will shake this Man's hand and say, "Well done Tim".

Love always wins in the end.

You know, there just could be a Movie in this Story. If so, Denzel Washington would be perfect as that drug fiend Tim met on The Kibbutz in Israel.

Tim has been a friend of mine since we were children.  I found Tim’s “A Journey” to be a very honest and surprisingly detailed account of a life well lived.

Tim’s humor and optimism shine through on almost each page. His lack of hubris is refreshing.  From his foggy and randy teenage ramblings through the Irish countryside to the development of lifesaving medical skills and genuine lifelong compassion to help those in need, a few hours spent accompanying Tim on the pages of this journey is time well spent for anyone.

I’m proud to call Tim a friend!  Thank you for sharing this with me!

A Journey By Timothy Gates Is Available Now

As Bob Dylan's title track on the 1981 album release "Shot of Love" professes,

In this uncertain, stranger than fiction world of economics, politics and overall greedy philosophies, I think most of us would agree with Bob that we could also use a shot of love. At least a good word now and then.  A little good news. The hope for this book (my hope) is that it could provide a good word, a little good news, (maybe even a good read), a Shot of Love so to speak to those folks who are ready to join me on the journey.

Support A Journey By Timothy Gates On Social Media